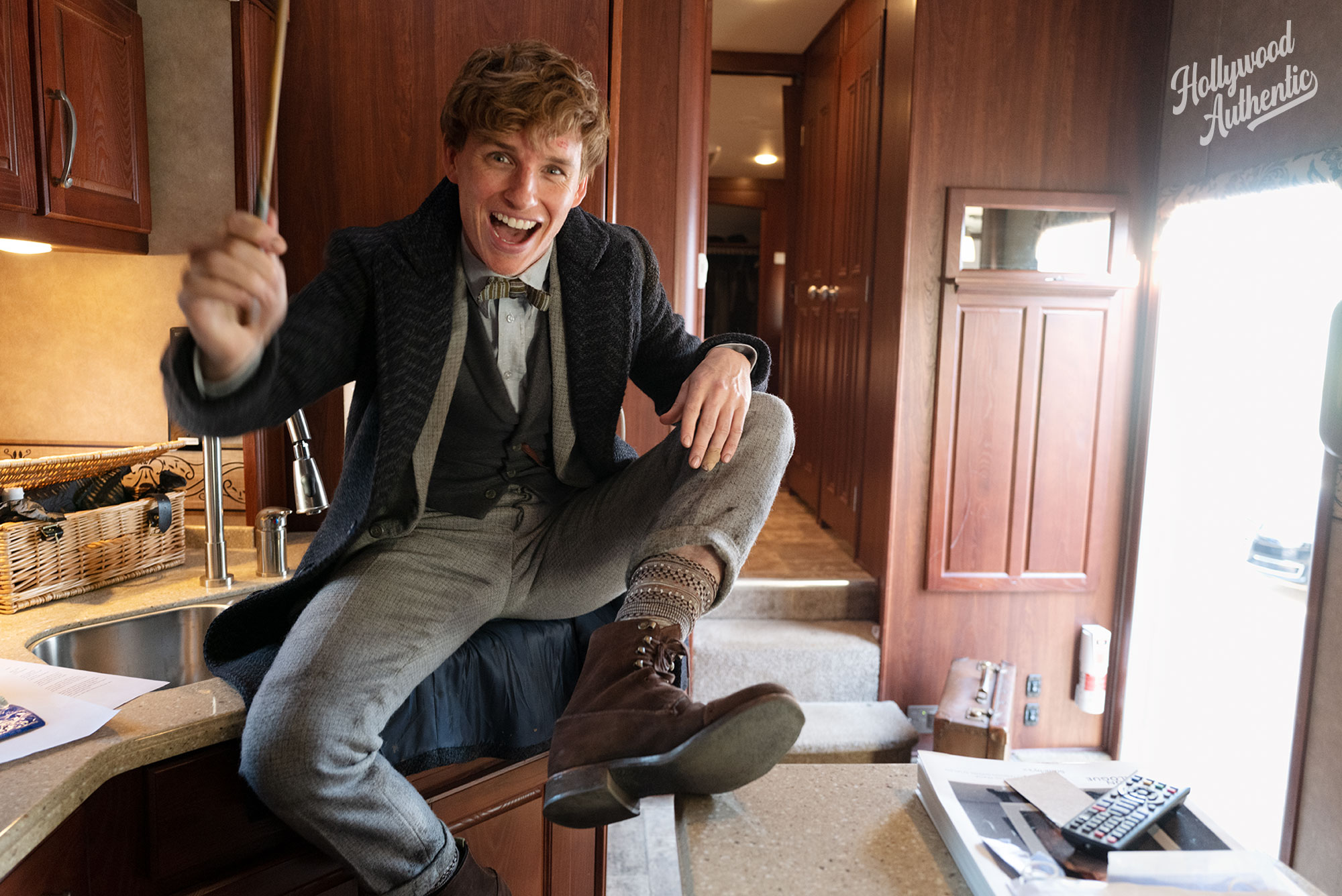 Fantastic Beasts: The Secrets of Dumbledore, which is set decades prior to the Harry Potter series, feels strangely prescient: Newt Scamander must help Professor Albus Dumbledore and a band of outsiders to stop the dark wizard Gellert Grindelwald from seizing control of the wizarding world. As Dumbledore says to Newt, ‘The world as we know it is coming undone. Grindelwald is pulling it apart with hate.’

But let’s rewind. Last October, Harry Potter and the Philosopher’s Stone, the first of eight Potter films, was re-released after 20 years. In that film Richard Harris played Albus Dumbledore (after two outings as the wizard, he was replaced following his death by Michael Gambon), and today the role of inhabiting the character’s back story in the Fantastic Beasts films belongs to a bearded Jude Law. In the new film, Law is reunited with Eddie Redmayne as “magizoologist” Newt Scamander, an experience that he says ‘is like spending time with an old friend… He’s both great fun and very entertaining to be with, interested and interesting. And he’s also someone that takes it to another level when it comes to prep.’ Director David Yates, who directed four of the Potter films and all three Fantastic Beasts movies, agrees: ‘Eddie works harder than any actor I know. He is an absolute workaholic and a perfectionist. I think the thing I love about him most is he’s transformative.’

The first Potter book was published in 1997, with a print run of just 500, after author JK Rowling was famously rejected by 12 publishers. Warner Bros bought the rights for a reported $1 million, and the first Potter film was shot at Leavesden in Hertfordshire, in a former aircraft engine factory that had previously provided the setting for GoldenEye and The Dark Knight.

Warner Bros Studios at Leavesden quickly became the exclusive home to the franchise and then, in 2016, to its extension, Fantastic Beasts and Where to Find Them. One of the Potter series’ biggest achievements is the way in which it helped to cement the UK’s status in the special effects industry. On the first Potter film, complicated visual effects were done on the west coast of America, but by the second, they were assigned to the UK. As Tanya Seghatchian, who executive produced several Potter films, has pointed out, ‘Now we’re recognised as the leading provider for visual effects in the world. Every facility is fully booked and that wasn’t the case before Harry Potter.’

In 2009, when I was invited on the set of the sixth Potter film, Harry Potter and the Half-Blood Prince, it was eight years since the release of the first movie in the franchise, and Leavesden studios had already morphed from what had been essentially some sheds without sound stages into something altogether slicker. I was struck by the scale of the vast metal hanger at its core, but also by its capacity for intimacy. Cast and crew had pushbikes to pedal from one location to the next, Hogwarts’ Great Hall was built to scale and the Weasleys’ small, cold and dark living room had a strong smell of washing powder which was at odds with its dankness. Daniel Radcliffe, an engaging Harry Potter on screen and a thoughtful young man off it, explained how he learned to dive for an underwater scene in The Goblet of Fire in Europe’s largest film-making tank, which was set up in a corner of the studio.

Fast forward to the pandemic and it is Eddie Redmayne whose swimming skills are called into action. Because of Covid-19 restrictions, a sequence in Fantastic Beasts: The Secrets of Dumbledore in which Newt enters summer waters had to be shifted to night shoots in Leavesden in December. Not the warmest of prospects, but achievable at the Warner Bros Hertfordshire studios, which in the decade since my visit have grown even further into an astonishing state-of-the-art operation.

Director David Yates told me that he likes ‘the infrastructure of making a blockbuster; it’s like having a big train set’. A huge train set: Christian Mänz, the Oscar-nominated VFX supervisor on Harry Potter and then Fantastic Beasts, has a team of 1,500 people working on the creation of visual effects. He also collaborates closely with Stuart Craig, production designer on all eight Potter films, and whose job it is to bring the wizarding world to life. Craig has described asking JK Rowling about the geography of Hogwarts: ‘She immediately took out a pen and paper, and made the most extraordinarily complete map on a sheet of A4. I was still referring to that map on the eighth film.’

Fantastic Beasts: The Secrets of Dumbledore was written by Rowling and Steve Kloves, who wrote all the Potter screenplays. If production designer Craig creates the universe, then VFX supervisor Mänz augments that reality. The Fantastic Beasts films are set in the historical past, with this latest taking place in the ’30s, in the build-up to World War II, and featuring global locations that have been specially created at Leavesden. For example, to prepare a scene set in Paris, 90 digitally-scanned locations helped recreate a version of the French capital so that the team could work out what could be physically built and what then had to be digitally recreated.

Mads Mikkelsen, who plays Grindelwald, explains the benefit of such technical expertise: ‘We didn’t have to pretend. It’s a minimum of green screen work; everything is there.’ Law, too, is enthusiastic: ‘It’s a total dream for actors because you just step on [set] and you don’t have to do an awful lot of imagining. It’s all there with trams and cars and shop fronts or vistas and views, whatever. And we jumped through various cities around the world at various times. Being on something this scale is very rewarding.’

Amy Raphael is a journalist, critic and novelist. She has written for The Face, NME and British Esquire; her books include the biographies of Mike Leigh and Danny Boyle