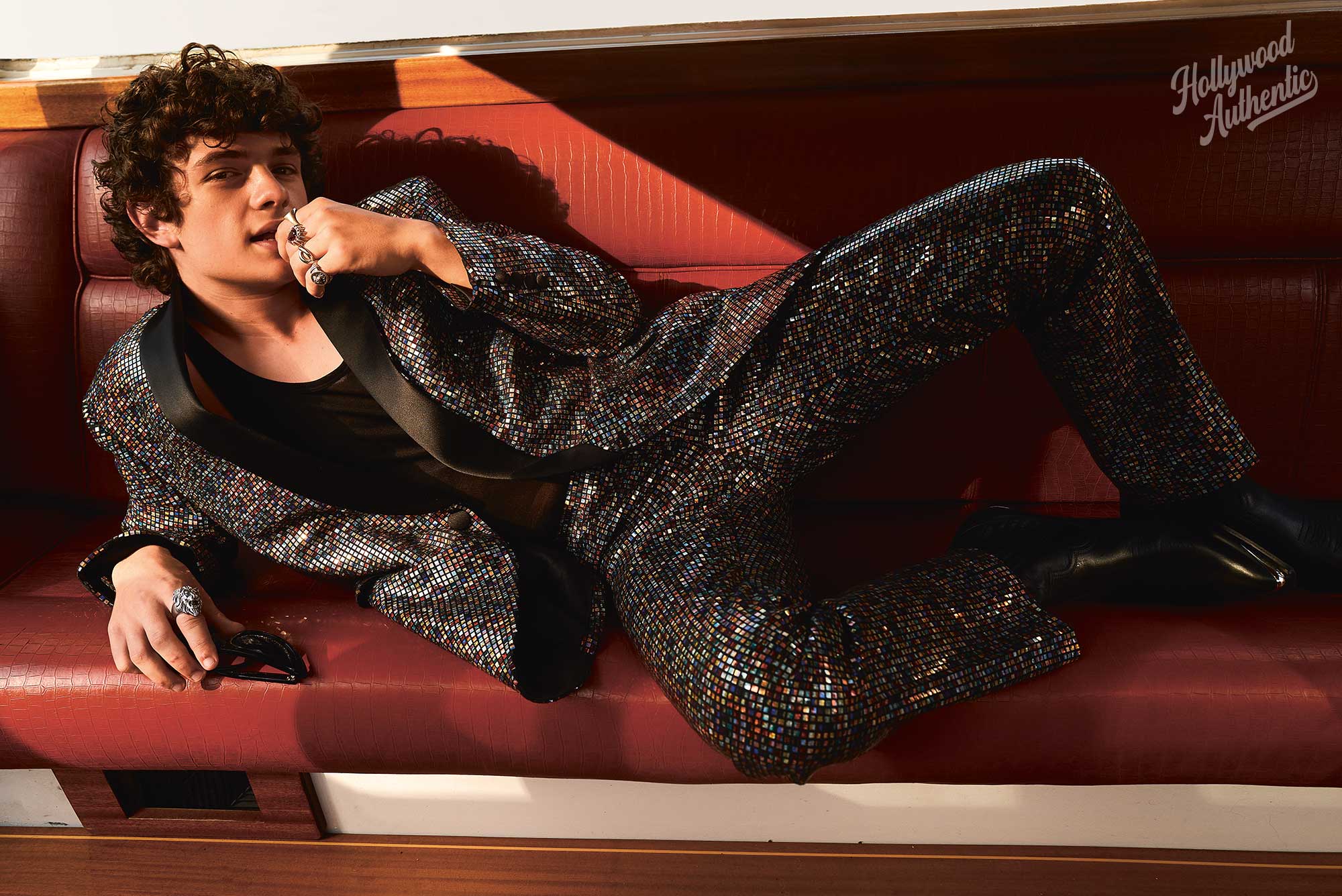 How important is a little bit of nonsense now and then to you?
As important as sex.

What, if anything, makes you believe in magic?
The band Pilot.

What was your last act of true cowardice?
I’m afraid to say it was when I bottled singing Backstreet Boys at karaoke.

What single thing do you miss most when you’re away from home?
Heinz baked beans.

Do you have any odd habits or rituals?
None that I would tell you about.

What is your party trick?
I can do the three-pronged tongue thing.

What is your mantra?
Arrive late, leave late.

What is your favourite smell?
Anything burning.

What do you always carry with you?
A sense of humour.

What is your guilty pleasure?
The Tiny Meat Gang podcast.

Who is the silliest person you know?
Jack Dylan Grazer [who plays his brother in 2022’s Dreamin’ Wild].

What would be your least favourite way to die?
Of old age. Not any fun…

Seventeen-year-old Noah Jupe has had quite a career for one so young. But then you could say he was born into the business: his dad is Chris Jupe, filmmaker and producer, and his mum, actor and writer Katy Cavanagh-Jupe. With roles in the TV series The Night Manager and films Suburbicon, A Quiet Place (and its sequel) and Ford v Ferrari, he also starred in director Alma Har’el’s Honey Boy, an American coming-of-age film, for which he received a nomination for the Independent Spirit Award for Best Supporting Male. Jupe says he wants to pursue a career making movies like The Deer Hunter, Fargo and Magnolia. That sounds like a fine ambition.

*Arguably one of the most memorable (and quotable) scenes in 1971’s Willy Wonka & the Chocolate Factory is when Mr Salt mumbles, ‘It’s a lot of nonsense,’ to which Wonka replies, in a sing-song voice, ‘A little nonsense now and then is relished by the wisest men.’